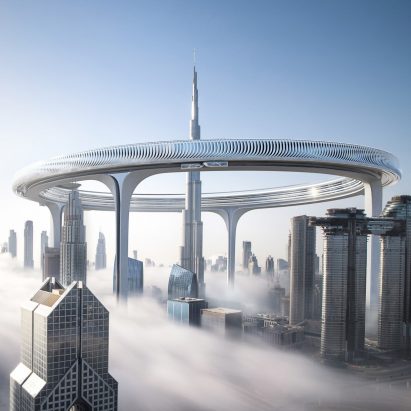 In this week’s comments update, readers are debating architecture studio ZN Era’s proposal for a skyscraper called Downtown Circle, which would be built around the Burj Khalifa in downtown Dubai. Set to be 550-metres tall and 3,000 metres in circumference, the skyscraper would be composed of two interconnected main rings that will house residential, public, commercial and cultural spaces. Commenters

The post "Build one of these nightmares in order to see it fail" says commenter appeared first on Dezeen.