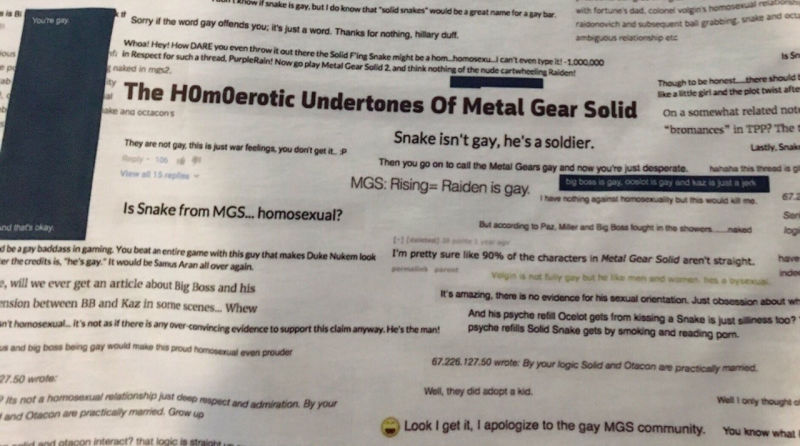 This is art. Lukas, an artist/student in the Bay Area , decided to make a custom t-shirt whose design consists entirely of screengrabs of “two hundred tender souls arguing over which metal gear character is gay”. “its a russian tuant” is the star here, appearing both front and centre and on the collar. “It’s a Russian Taunt” is a running joke among some LGBT fans of Metal Gear for how damn homoerotic the series can get.

Source: Metal Gear Shirt Is Made Of 200 People Arguing Over Which Characters Are Gay