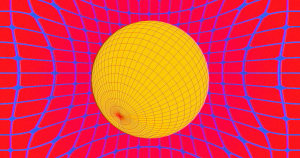 New Answers Ever since Einstein posited that space and time were inextricably linked, scientists have wondered where the cosmic web called spacetime comes from. Now, ongoing research in quantum physics may finally arrive at an explanation: A bizarre phenomenon called quantum entanglement could be the underlying basis for the four dimensions of space and time in […]

The post Our Reality Could Be a “Hologram” Created by Quantum Physics appeared first on Futurism.