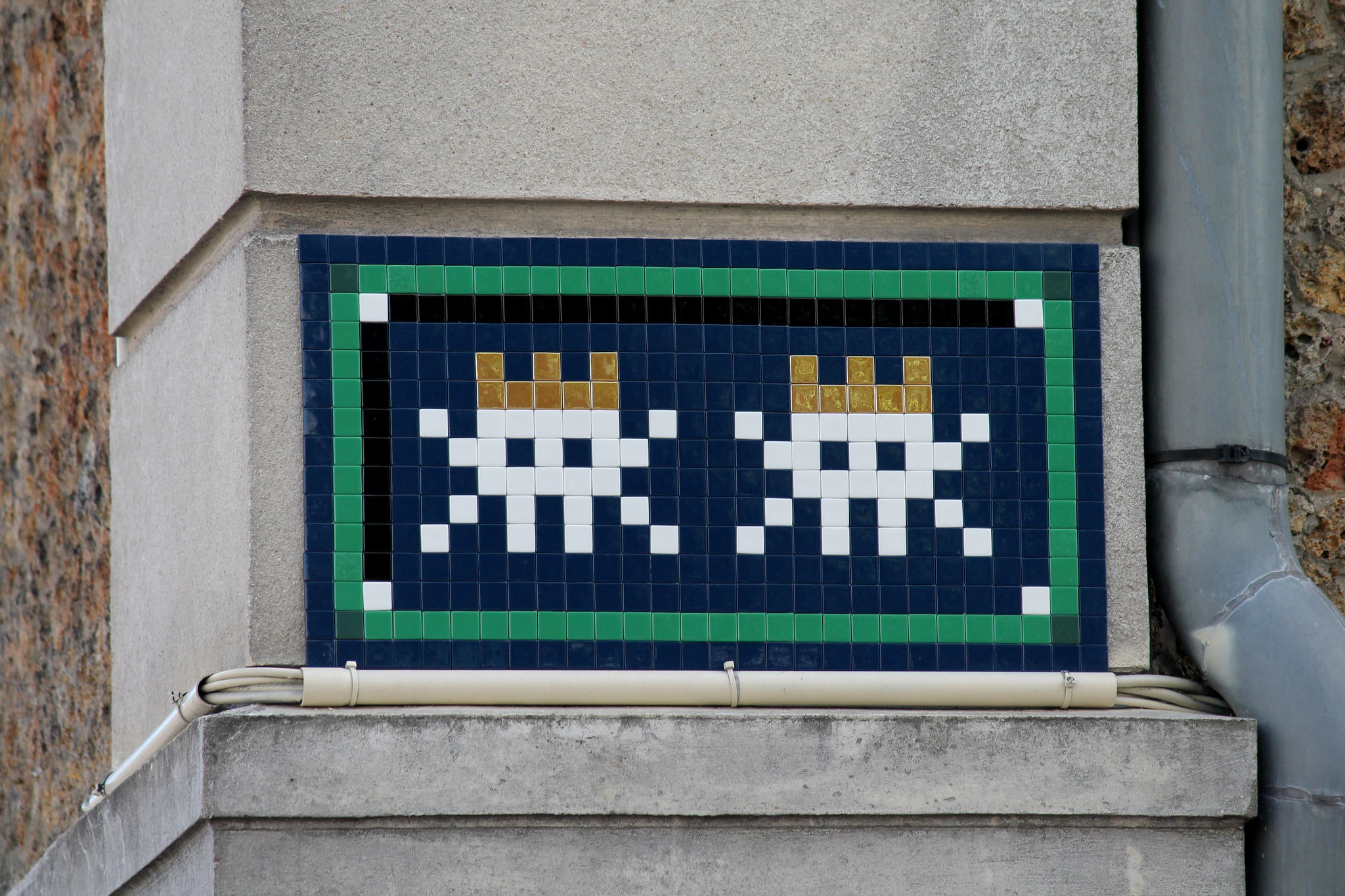 Invader just returned to Versailles in France for a second wave of invasion bringing his total to 5 pieces in the small city located in the suburbs of Paris. After leaving his mark on the ocean floor as well as in outer space, thousands of mosaics and over 70 invaded cities later, Invader’s work is being shown in museums worldwide and is worshipped by fans and high-end art collectors.

Source: Second wave of invasion by Invader in Versailles, France