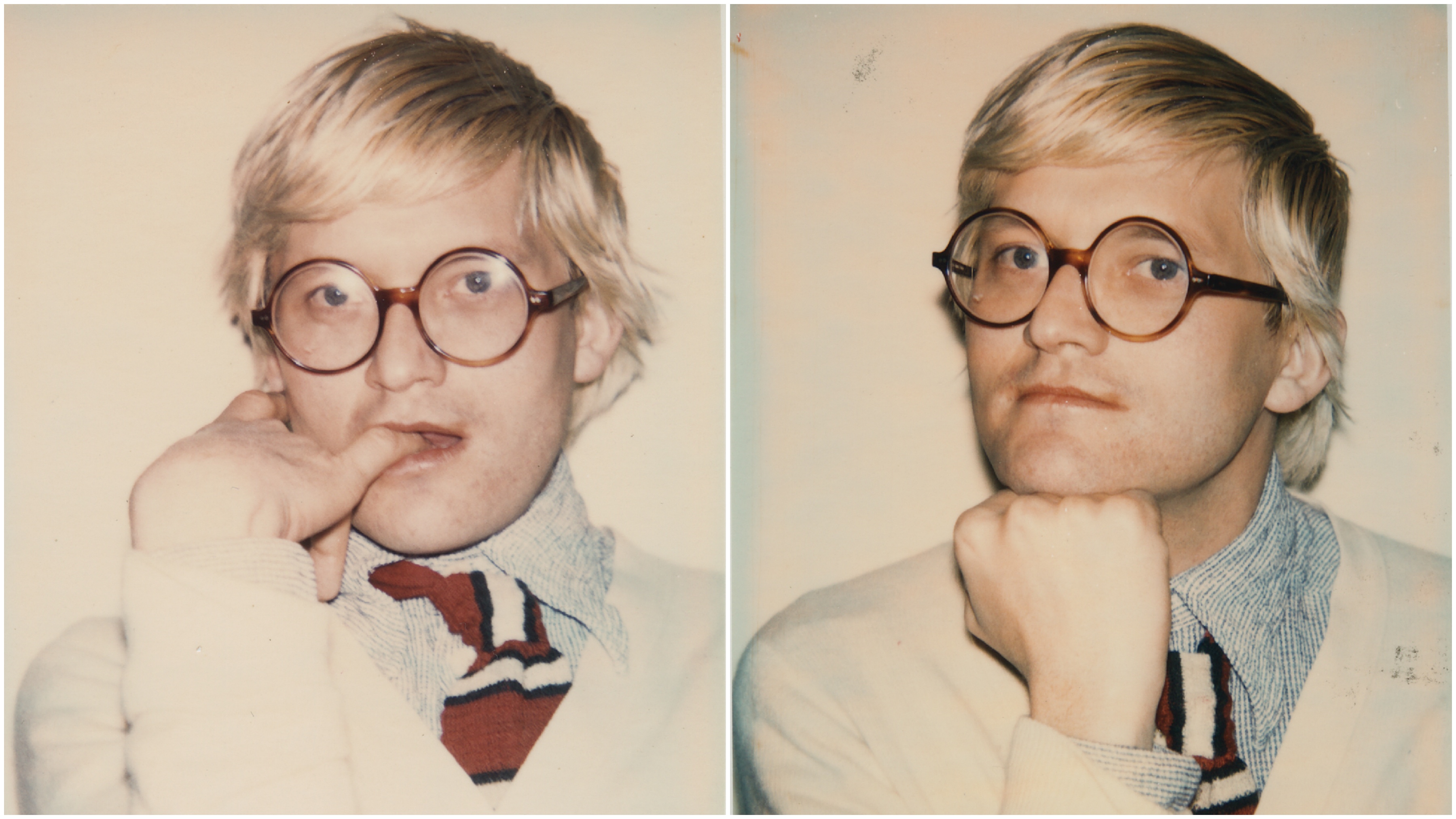 Oh, to be a fly on the wall in Andy Warhol ‘s Factory in the 1970s when David Hockney came to visit. The pop art titan and the influential British painter crossed paths numerous times in the 70s and 80s , and on at least a few of those occasions, Warhol commemorated their friendship through candid Polaroid portraits of Hockney, a selection of which have just been released by Armitage in celebration of the artist’s 80th birthday on July 9. The images range from candid shots to posed portraits, giving viewers instant, behind-the-scenes insight into the two friends’ lives.