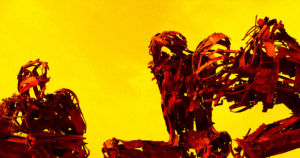 If you want to test your luck against those extremely-punchable security robots roaming the streets and parking lots of San Francisco, you should feel empowered to step up and give it a try. Even if security bots don’t take the form of gun-toting Terminators, they’re still a hostile presence in that they monitor […]

The post Wired: It’s Time for War Between Humanity and Machines appeared first on Futurism.