in popular culture and magazines in popular culture and magazines. In a barn in Central, Pennsylvania, known as Happy Valley, the photographer Eva O’Leary constructs a large-scale makeshift camera. Situated inside a tent, it features an 8×10 large format lens behind a two-way mirror for sitters to see themselves before their image is captured. Once constructed, O’Leary asks a group of school girls to make a collaborative portrait. The girls who agree sit in front of the mirror, adjusting their hair, smiles and bodies into comfortable poses and when they like what they see in the mirror, they tell O’Leary to shoot the picture. 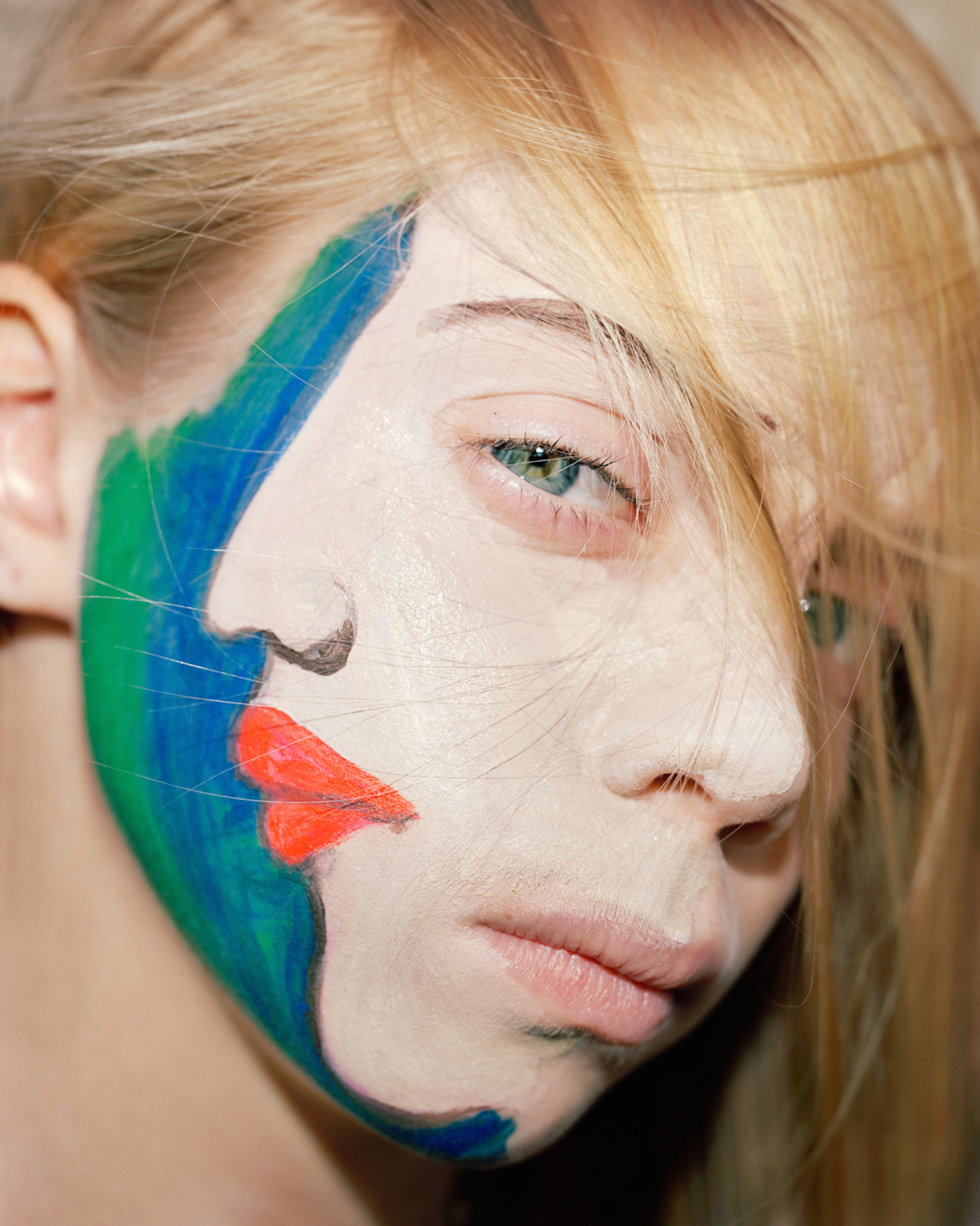 The constructed camera is O’Leary’s way of giving a group of locals girls, who are bombarded with idealized notions of female beauty in popular culture and magazines, control over their own representation. The resulting image series, Concealer, along with a video that examines gender expectations, desire, and female representation, is on display in O’Leary’s first solo exhibition, Spitting Image, at the Crush Curatorial art space in Chelsea. 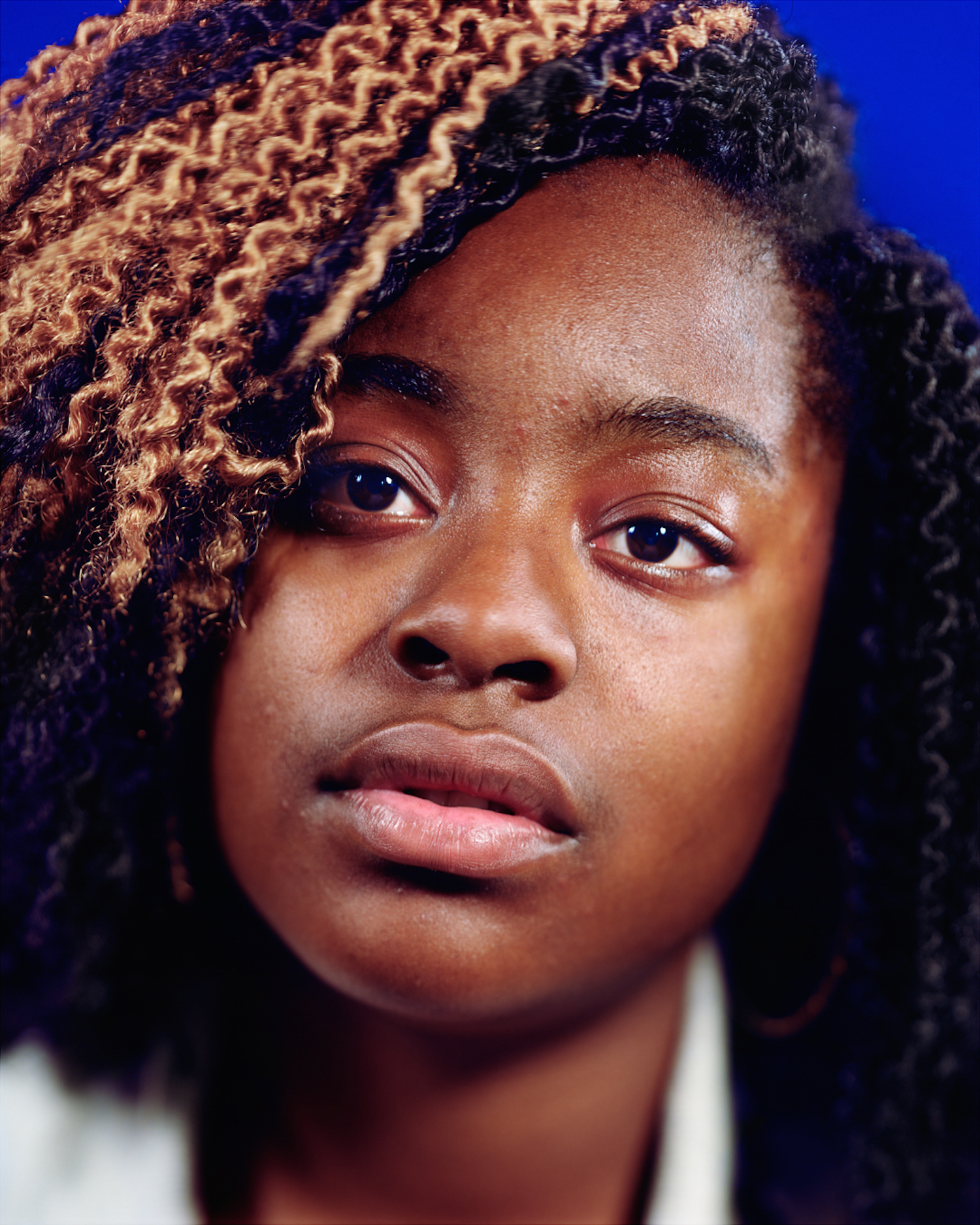 “I decided I wanted to make a picture where I turned over the control to the subject, or made it more about them and their reaction, than my idea about them,” explains O’Leary to Creators. She says that Concealer, which was conceived while she was in the MFA photography program at Yale University School of Art, has undergone many revisions.

“I was thinking a lot about representation at the time and about who has the power with photography.” She says the project is influenced in part by David Shields’ book, Reality Hunger: A Manifesto, because it allowed her to consider “how much fiction there is” in the news, on social media, and in society at-large. With Concealer, she was “craving more honesty and more vulnerability” and aiming at “liberating women from a particular stereotype.” 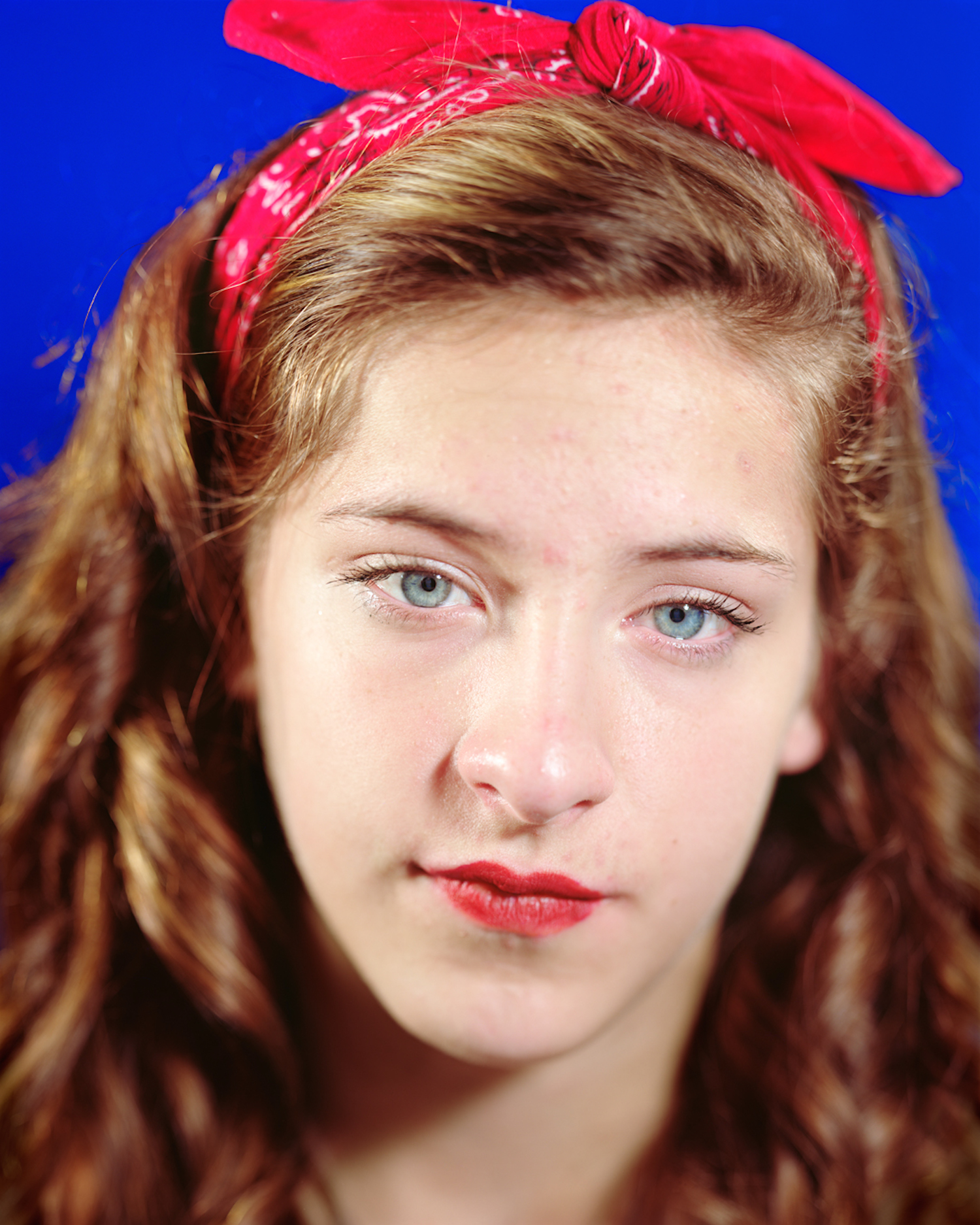 The Concealer images are all close-ups of an interracial group of 11- to 14-year-old girls, set against a blue backdrop that recalls both glamours shot and the awkwardness of yearbook photos. Images like “Millie,” “Emma,” and “Robin” offer varying representations of what these young girls consider beautiful, female, and real. Millie wears red lipstick and a matching bandana; Emma wears a full face of makeup; Robin’s face, like a majority of the girls photographed, is bare, revealing blemishes. It’s hard to tell which of society’s messages about womanhood these middle school girls have internalized, and the roles race, class, and sexuality play on their ideas of beauty and femininity. What’s accurate about the photo series is that these middle school girls are presenting themselves how they want to be seen before a public. 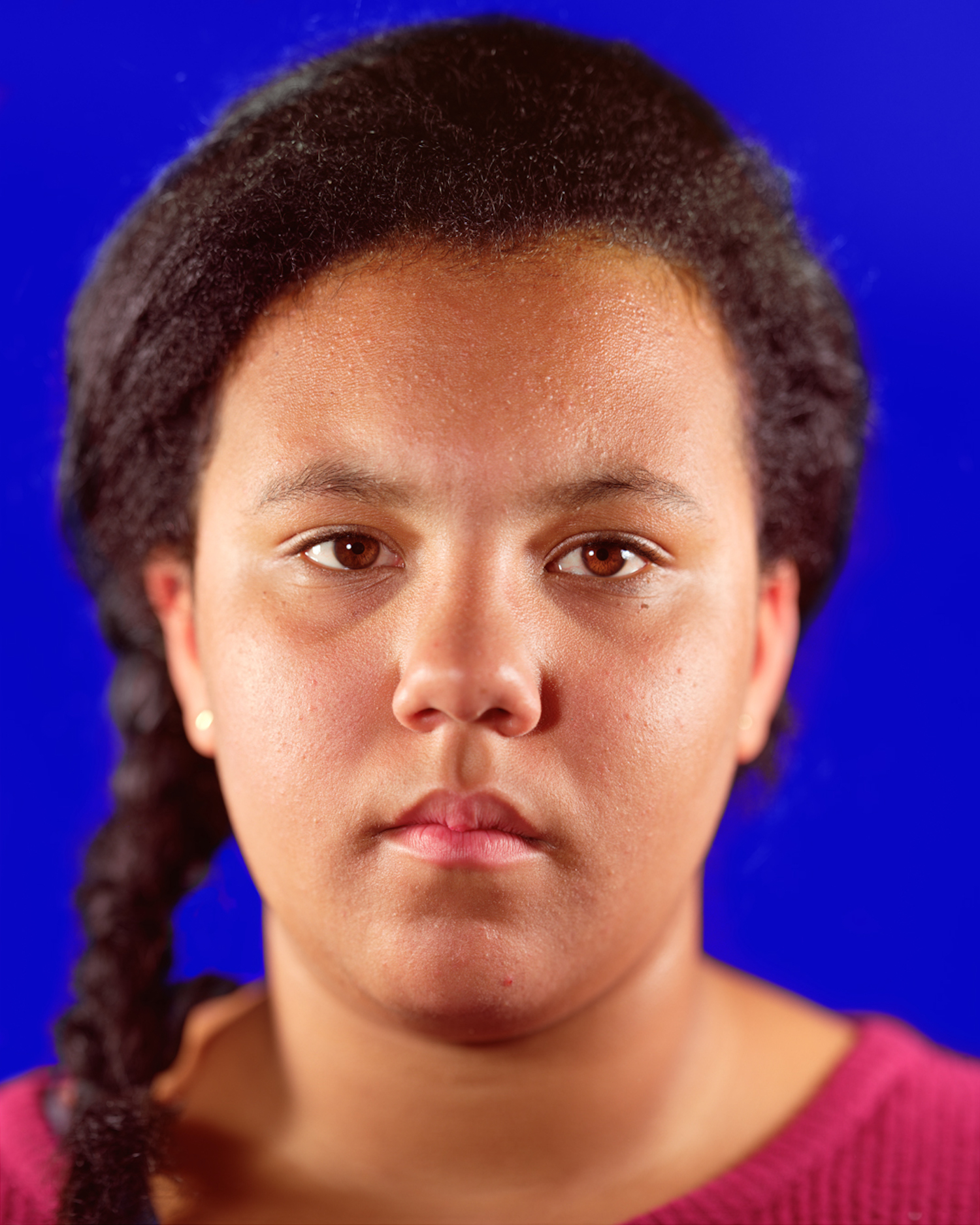 “All of my earlier undergraduate work was about women and girls,” explains O’Leary, who, for a quarter of her undergraduate thesis, photographed girls between ages 11 and 13 and women ages 45 through 65. That project was informed by conversations between the artist and her mother had when she was 14 years old and her mother, who was 45 at the time, started online dating. “We were going through this rethinking of identity at the same time,” she says. “And it was hard for us both. She was very open and honest, she told me she felt invisible after turning 45, professionally, socially, on the street, romantically.” Her mother showed her responses she would get from men dating sites while O’Leary was getting her own attention in junior high. “I saw these two ages as two sides of the same coin, two points in life where society and the media forces women to dramatically reshape their identity and their self worth based on outside perceptions of value associated with appearance and sexuality.”

“The pressures are huge, they have massive professional and social implications,” she says. In the Concealer video work, O’Leary offers a behind-the-scenes look at how the series of images were captured. Every girl is seen adjusting her hair, face, and body for the camera. Most of the movement seems normal. They seem to do what one is suppose to do when they are in front of a camera: present the self they want the world to see. The video is paired with another video work comprised of found video segments of girls taking selfies in bathroom mirrors. The pair critiques the blurred lines between photography’s ability to distinguish reality from fiction. 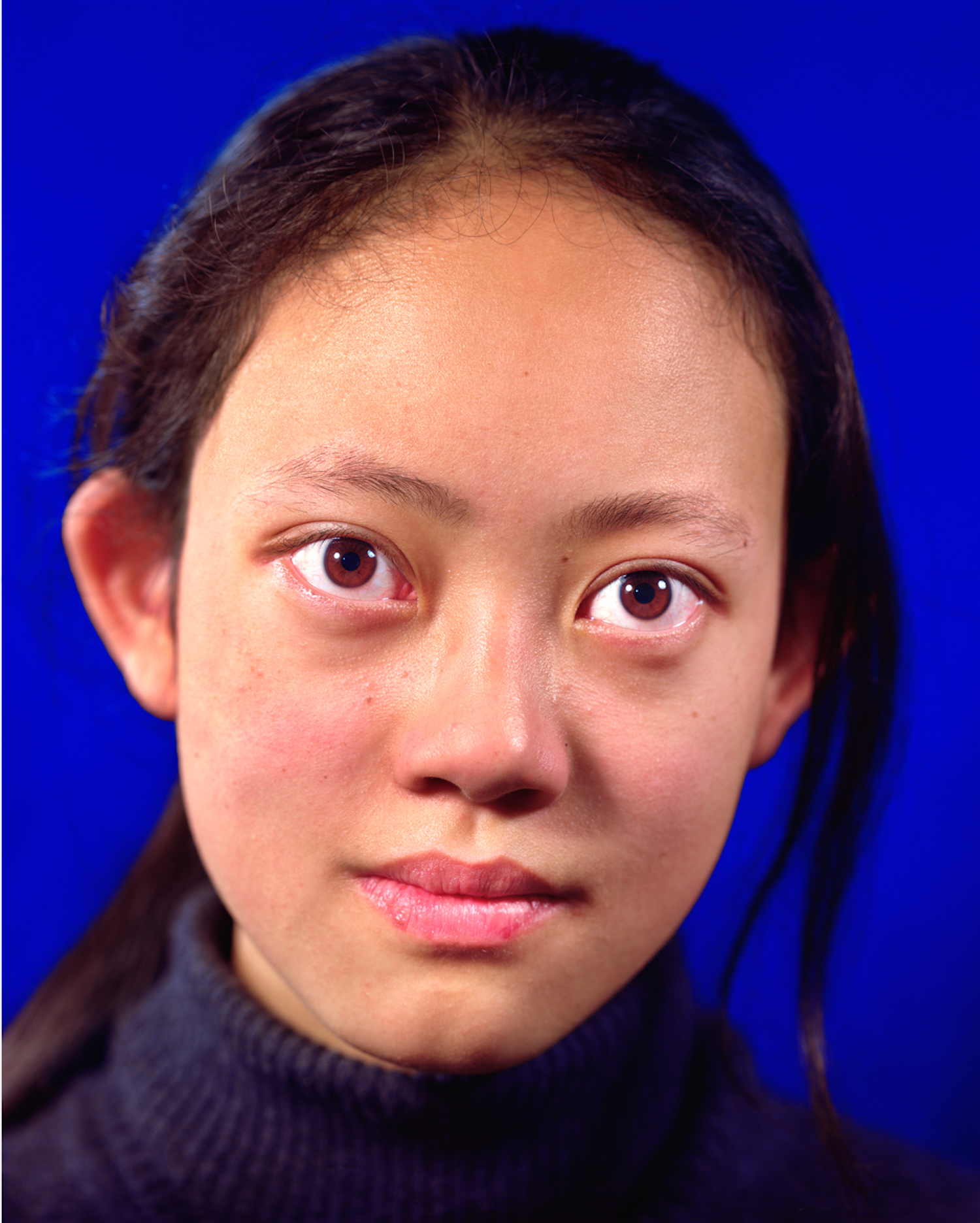 “I suppose a lot this work seeks to highlight the high stakes behind these kinds of gestures,” explains O’Leary. “The complications of something that might seem as vapid or frivolous as a selfie.” She says, “I see a lot of these behaviors as methods of self presentation as symptoms of larger problems in society. We trivialize so much behavior without thinking about where it’s coming from or why.” 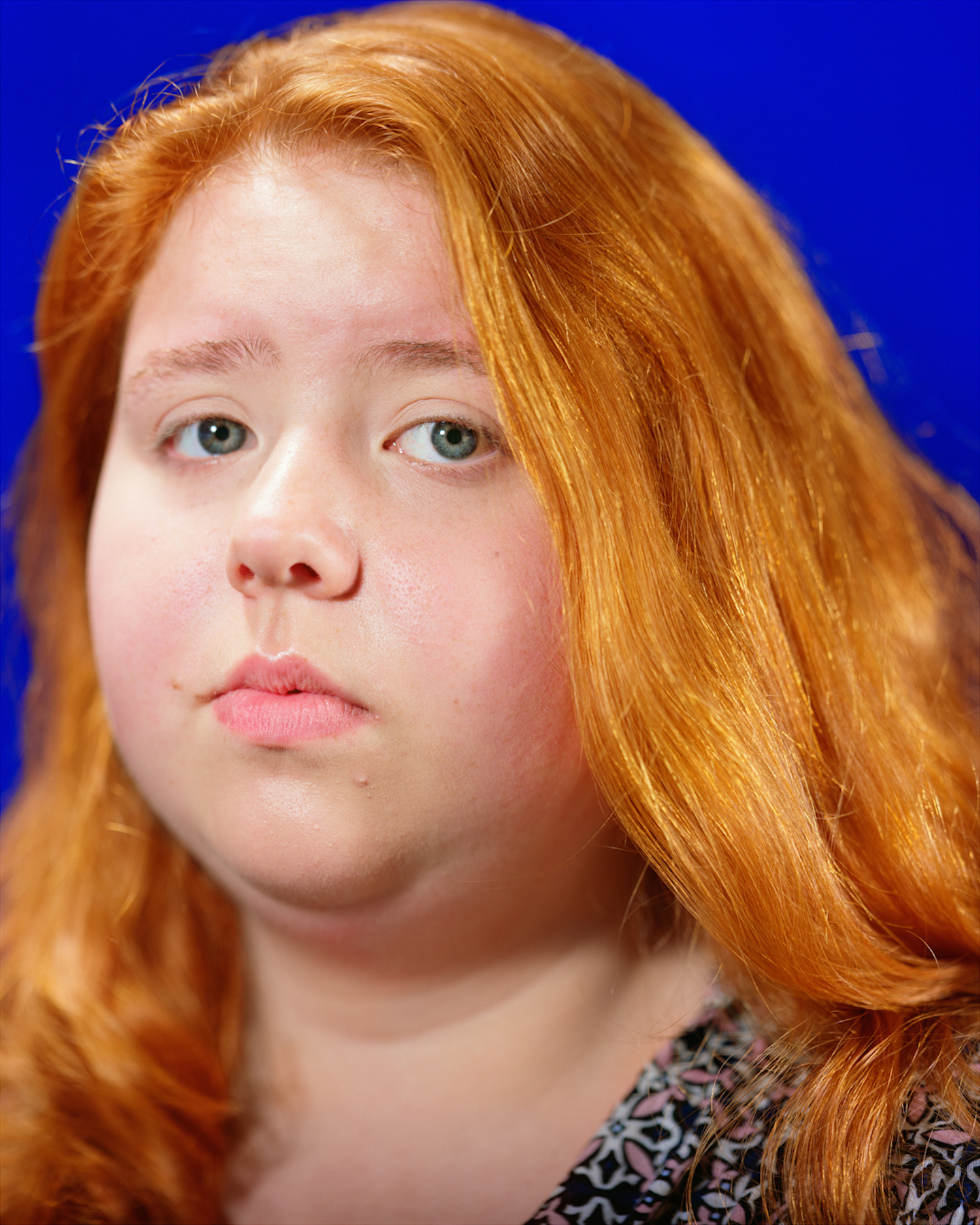 Spitting Image Continues through May 13 at Crush Curatorial. Click here, for more information.

50 Female Photographers Give the World a Window into #girlgaze

Here’s How Photography Will Change the World